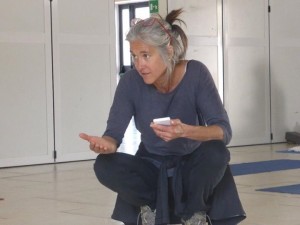 Chiara Ghiron, 500 hour diploma with Antonio Olivieri (Associazione YogaViniyoga) and E-RYT200 will present an introduction to the Viniyoga of Yoga, a progressive vinyasa approach based on the teachings of Sri T Krishnamacharya and his son TKV Desikachar. After an introduction to the basic principles, the practical sessions will show how simple vinyasas can have a profoundly different effect depending on the choice of sequence and applied breathing modality.